With pulsing gospel music, festive dance and a soaring call-and-response sermon that packed in a call to renewed social activism, the Urban League of Greater Pittsburgh marked its 100th anniversary year in a gathering that drew several hundred to Central Baptist Church in the Hill District.

The league — which aims to empower African Americans through such areas as education, economic development, health care and civil rights — held its celebration in a worship service to salute the strong historic connection between the organization and the black church.

The Urban League Youth Choir set the tone early with rousing gospel pieces, accompanied by worship dancers in the aisle, that often brought the congregation to its feet.

The keynote speaker, Bishop Vashti Murphy McKenzie, raised the octane level further with a rapid-delivery sermon that drew on a lesser-known passage from Genesis. It tells of how the biblical patriarch Isaac revived old wells that had been dug by his father, Abraham, and also dug new ones as well in the face of repeated opposition from neighbors who were hostile to both father and son.

Bishop McKenzie — who became the first woman bishop in the history of the African Methodist Episcopal Church in the year 2000 and currently presides over the denomination’s Texas churches — said Isaac built on and expanded on his father’s legacy. In the same way, people today need to build on the legacy of the Urban League and other forebears in the civil rights movement.

It will not be easy, she said, warning of current attempts to roll back the gains of that movement.

But she urged hearers to take heart from the work of their forebears. “If God did it for them God will do it for you,” she said. At the same time, “Our future is not going to be handed to you on a silver platter. You are going to have to roll up your sleeve and sacrifice.”

The celebration came just a day shy of the centennial of date when the Urban League of Greater Pittsburgh’s first executive director, John T. Clark, opened its office for business on Feb. 12, 1918. One of the founders was the pastor then of Central Baptist, the Rev. G.B. Howard.

A lineup of Allegheny County’s most prominent politicians, some of them quoting Scripture, came to the microphone to salute the league’s work and commit their support to it.

Esther Bush, president of the Urban League of Greater Pittsburgh, called on the members to continue the work of the league into another century.

“What we can do is lend our time and talent through volunteering and our treasure through donations of any magnitude, to assure that the work of the Urban League will continue until the need for the Urban League’s work no longer exists,” she said.

“Our vision is for one Pittsburgh, diverse and united, a Pittsburgh that offers an open, welcoming and even playing field for all of our citizens,” she said. 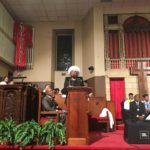 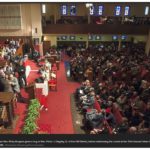 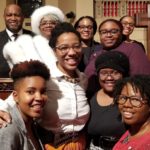 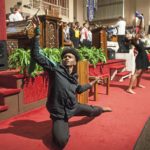